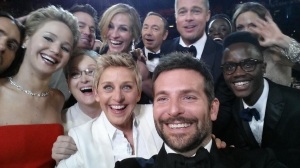 Not to brag… but I have some really friggin talented friends.

I’m consistently blown away by the sheer level of talent that I’m constantly surrounded by. They’re not Oscar nominees like the people in the picture. But it’s only a matter of time before we all take our own selfie at our own award show we created through on our own terms. Also it’d be nice to go to the Oscars.

I have friends who I can call up and say “I wanna do this thing and I was wondering if you could make it kinda like this weird feeling but also make it not weird,” and they’re like “Yep. Totally understand your language. You got it.” I have other friends who are like, “I wanna do this incredible idea for a fun web series and wondered if you’d wanna hop on the wagon? Here’s the exciting and hilarious outline I came up with,” and I’m like, “Yep. It’s an honor. You got it.”

And that’s not even scratching the surface.

It’s not always easy to constantly reaffirm that choosing this life in LA, this life of entertainment, and this life of project-based long-term investments is worth it. There are tough times financially, physically, and emotionally for sure.

But it’s a whole lot easier by being constantly inspired by the incredible level of warmth and creativity and talent that surround me- both near and far. (Wherever you are...)

As for the people I don’t like who are doing well… whatever. Share some success with the rest of us…assholes.