I get not everyone knows gym etiquette. 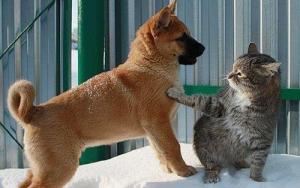 I understand that it can be uncomfortable to take a class for the first time when everyone else seems to know what’s going on.

I even applaud that people can be in classes they’re way under-qualified for physically because they want to challenge themselves.

Cool, mama. Do your thing.

But there are some basic human interaction rules that still apply while you’re in class.

And there was a lady in the last Kickboxing class I took that was apparently completely unaware of all sense of personal space of basic class etiquette and it drove me bonkers. And of course only really affected me because God has a wonderful sense of humor.

So it started out like this. I get to class (on a rare rainy day in LA) on time. I’m in a good spot towards the back so I won’t get yelled at by the intense teacher I love but with direct eye line to the front. I’m evenly spaced out from the other participants, as is custom, and I’m ready and rearing to go. Class starts and a girl snags a spot a little too close to me, but it’s next to her obvious friend so I let it go.

And then she strolls in. About 10 minutes late. Casually strolling. The woman that will become my enemy throughout this class. I shall call her “Nancy.” Short for “Fancy Nancy” because she wasn’t so much kickboxing as she was doing whatever fancy move she felt like.

Nancy chooses the respectable spot open just in front and to the left of me. Nancy decides to start doing really whatever she feels like while the rest of the class does specific, disciplined moves. She kinda flops around. Of course I find this hilarious and am immediately distracted, but I let it go.

Until Nancy, about five minutes into her own unique workout, starts creeping near me. She starts straight up invading my personal space.

Now, let me remind you what kind of workout this is- Cardio Kickboxing. We are moving non-stop and we are kicking and punching. So if you get too close to someone, they could kick and punch you. And Nancy had, slowly but surely, gotten into my own kick and punch bubble.

But see I didn’t want to move. I can be really unreasonably stubborn about certain things. I got a good spot in class and I was maintaining my area as was everyone else in class, so why do I need to adjust to this woman? Instead, I did what I do best and got silently angry and mumbled “GO AWAY” to her between punches. I legitimately almost punched her a few times. In fact, about 15 minutes into class, when Nancy was basically standing on my left foot, I started using my frustration for her as inspiration for my hardcore punches.

I thought about shoving her.

I just admit that on the internet.

I, a pacifist who meditates regularly and believes in balance and happiness and zen, legitimately considered shoving a stranger out of my way.

That’s how frustrated I was.

I didn’t shove her. Eventually I glared her down and made a dramatic gesture to move to my right so I could have more space. I made a point to look around and see if anyone else was struggling with this. Of course not. Everyone else in class was having a perfectly normal class experience.

Nancy was standing so close to me it looked like we were friends so it made the teacher think we were pals and she equated us.  I know this because at one point, the teacher came over to break down some moves for us and looked at both of us and said, “Watch me, girls.” Then did the moves. I got pissed. We were not equals. I was kicking butt and taking names and Nancy was making fancypants moves all over the place.

Eventually, the only other girl slightly affected by Nancy (the one who originally got a little close to me to do the class next to her friend) left to get some water. When she came back, she chose to stand in the No Mans Land spot Nancy had abandoned in order to tie herself to my leg. I was glad the girl did this. I hoped it would encourage Nancy to move into her spot farther away from me. It did not. I had to keep moving.

I kept getting more pissed.

Luckily, unlike my frustration with the texting chick next to me in Yoga class, I was able to actually kick and punch away my anger during this class. Eventually the girl abandoned the No Man’s Land and I got fed up with Nancy. I stopped moving (a big “No no” in this class), let out a deep sigh of frustration, glared at Nancy, and moved up to the empty space that gave me plenty of personal room to get the rest of my moves in easily and happily.

Nancy didn’t even notice I was gone. The only thing she noticed was that she now had a direct view of herself in the mirrors and apparently liked what she saw. So she spent much of the rest of the class staring at herself and doing her own “Fancypants Nancy” moves in them while the rest of us pushed through a very difficult class until the last minute.

In the locker room afterwards, Nancy was talking to her friends were talking about how difficult the class was and dabbing off the mild sweat that had accumulated from staring at herself while other people around her got their asses kicked.

Nancy is what I like to call a Personal Space Cadet.