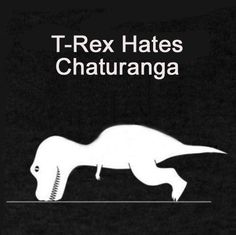 classes (including and especially Yoga classes).

I recently had a substitute teacher at a yoga class that tickled me pink. Not literally. But I have a feeling, had he been given the chance, he would have.

He was a cooky guy.

He started the class casually with a long chat for about 5 minutes about different things that he found interesting. The few of us who were there didn’t seem to also find this interesting. I could tell by the way we all got confused wide-eyes and looked around at each other.

Eventually, he got the class started. He was almost so casual that we had to more or less guess that we were starting. I was front and center and I couldn’t help but laugh. He reminded me of every socially awkward teacher I had growing up. He was a big guy, which means nothing to me fitness-wise, but he really only semi-coached the poses and barely stayed in them. At one point, he even got a phone call so our quiet yoga music got turned into a robotic voice repeating “The phone is ringing. The phone is ringing.” Because that’s exactly the type of ringtone a guy like this would have. I wondered what it was until he simply, casually said, “That ringtone cracks me up,” then continued half-heartedly doing poses and giggling to himself.

I was also giggling profusely.

Even though my traditional yoga workout wasn’t stellar, at least I got a good laughter yoga workout in. Especially on the drive home after the “class.”

One thought on “Cooky Yoga Man”