I’ve been watching a lot of Game of Thrones lately… so forgive the very specific partnership picture. I talk about being a lone wolf, but if you watch the show there’s a wolf in this picture so I’m counting it (nerdy laughter!).

Anyway! The latest episode of Femoir: The Podcast is live in iTunes. And it’s talking about PARTNERSHIPS!

And I also discuss my upcoming Western.

So much discussed! Take a listen and subscribe for free if it please ya!

And now back to Game of Thrones for me…

…And a Time to Pee

If you know anything about my personality, you know I am extremely efficient with my time. I’m all about time-management and organization. I’m extremely organized and like to make the most of my day. So much so, I recently started a business that allows me to help other people do the same.

But there is one thing I will never do.

I don’t carry on conversations while on the toilet, people. I just don’t do it.

Now, listen. I’m reasonable. I have a partner who when I was once chatting with for the first time on Skype, really had to go to the bathroom but didn’t want to interrupt our flow, so he or she may have used it while we continued to chat. Yes, it wasn’t my style. But I didn’t care all that much because I’m a comedian and that shits hilarious. And it didn’t have any negative outcome on our excellent partnership.

So I get it. Sometimes you really gotta go.

But, for the most part, can we keep our regular conversations off the toilet? I was in a public restroom not long ago and a woman was chit chatting about nothing while sitting in the stall next to me. It was weird. I didn’t feel right. Why continue to have the conversation? Call them back. If it’s not an emergency… call them back. You’re peeing. It’s weird.

And believe you me, if anyone enjoys a good potty humor joke, it’s this chick. But I don’t enjoy a joke that’s told to me while on the potty. (Yes, I call it a potty. I’ve babysat a lot. Deal with it.) Or anyone saying anything to anyone else while peeing. Because you’re peeing. So just, like, pee. And get it over with. Don’t multi-task. Just do it. Then wipe and wash and move on.

I would love to spend the rest of this article going on about the logic behind this request. Or have some profound insight into why it is that it feels so wrong to do this. But I don’t have anything. It’s just weird. So… like, don’t do it anymore, humans of earth? Ok?

The weirdo, Zeekeela Tloxlan, is finally going to be coming to the big screen.

Not long ago, she made some time to be followed around and interviewed for a short documentary.

The documentary has been pending with a spectacular team handling all aspects of it’s post-production.

But soon- very soon- the world will see her for who she truly is. A friggin weirdo.

Premiere date is tentatively set for Wednesday, November 5th at El Cid Theater. Then she’s gonna be submit like crazy to whatever festival is willing to give her strange self a little screentime.

She’s such a friggin weirdo. (I secretly love her. Shhhhh. Don’t tell.)

I’ve been doing shows with a group called TMI Hollywood for almost two years now. Since they started in August of 2012.

Sunday, they celebrate these two years of incredible humor, hard work, and lots of ridiculous sillies.

For two years, they’ve booked a guest host and put up a completely new show every single week based on the celebrity gossip and Hollywood happenings in the past week. It takes an incredible amount of hard work and dedication to run this well-oiled (usually) machine.

I lucked out when I went to that audition and lucked out to snag a spot in that cast. I’ve been even luckier to have stuck with it for the past two years and continue to be a part of the ever-growing and extremely talented community.

If you’re around LA on Sunday, August 10, come check out the show at the Second City Hollywood.

If you’re not, they always stream them live online at the website (and then upload the full show video to YouTube the next day).

I’m grateful to know them and to get to work and play with them constantly.

Happy birthday, my obnoxious comedy lovers. Here’s to many more! 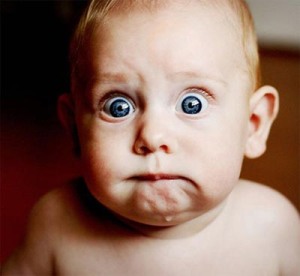 I saw an add for a sperm bank on one of the TVs that plays around my gym. Not like the regular TV that plays regular programming. I’m talking about the TV monitors that just continuously loop in-house ads. Maybe your gym doesn’t have them. You probably pay more per month for that luxury. Good for you.

Normally, I ignore the ads. But one caught my eye the other day. Can you guess from the title of this post which one it was?

That’s right. It was for a sperm bank.

It wasn’t that I was shocked at the content of a Sperm Bank. It’s that the tag line was, “Get one last workout in before you go home” or something like that. Along the lines of “One more rep for a good pump.” Something grossly inappropriate. To the point where it made me laugh out loud. Which I don’t like to do at the gym because I like to stay invisible. But I laughed. And people looked at me funny. And I looked down and scurried off.

I can handle an ad for a sperm bank at the gym. But I cannot handle a witty tagline that tries to relate sperm bank donations to working out. I will giggle every time.

I don’t have a fairy godmother. Because I don’t need one. I’m lucky enough to have amazing people around me who can make magic.

I’ve mentioned a few times I’m currently producing a web series called The Other Client List. This basically came out of the fact that my friend Arye and I had kept in touch from our Groundlings Basic class for several months. One day, we’re sitting at a lunch and mention we should just produce our own work. We should do a web series.

And from that, an exciting partnership and adventure was born.

I spent a couple months writing it. I’d never written screenplay scripts before. I’d always done sketch which is much more lackadaisical in formatting. And easy to fix as you rehearse. But screenplays follow a distinct format because they’re the foundation upon which so many other creative brains are going to build. So I did my best. It’s not perfect… but it’s close. And I certainly learned while doing it. And after a couple months, we had 10 scripts.

Then we were lucky enough to find a creative, focused, hard-working, and hilarious director/DP, Erik Boccio. Who has a great team of people who can help it all become real. We asked for money from friends and family, raised over $4,000 and are currently in the process of filming it every time we can get everyone together.

It’s wonderful. And magical. And I’m learning so so so much. Because this is what I want to do. And the best way to learn how to do it- how to really do it- is just by going for it.

So many extremely talented friends of mine are joining in for roles in the process. And Arye and I are turning out to be quite the complementary team.

And it’s fun. God it’s fun. Did I mention it’s fun? We’re all working our butts off and spending money and time we don’t have… but it is so much friggin’ fun.

And it’s good. It’s going to be so funny. It’s absolutely invigorating to get to see the words I pulled out of nowhere and gave to characters that I made up in my head actually come to life and tell a cohesive (and hilarious) story.

It’s magic. And I’m loving it.

And I’m so grateful to every person who’s helped make it a reality so far. I know it’ll be successful. It’s going to be such a good product- I can’t imagine how it wouldn’t be. 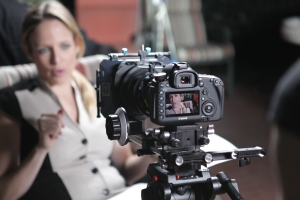 I have a pretty cool opportunity. I have an opportunity to possibly go interview some major basketball players and legends at the NBA All Star Game this year in New Orleans. I know I normally don’t plug my stuff too much on this blog and try and just deliver loads of fantastic content…but today I’m asking for you to check out this competition.

It’s the last day of voting. The winner gets the all-expenses-paid trip and awesome opportunity. It’s easy to vote. And my video is great and will 99% likely make you laugh (unless you hate to laugh in which case it’ll be much harder so I don’t want to make a promise I can’t fulfill…)

Either way, it was a delightful video to make and has been a joy to get this far in the process.

But a trip to Nawlans would be pretty sweet, too.

And now, back to your regularly scheduled programming.

I downloaded it a few weeks ago, but I finally decided to give my “Workouts” app a try. It uploads new free workouts every week and they look pretty decent, so I figured why not.

I chose the ab workout routine. It was 12 minutes. The way it’s supposed to work, is there is a trainer’s voice you choose that coaches you through the workout, and you can refer to the given pictures as a guide as you move through it. It focuses on HIIT training, mostly, with different muscle groups getting blasted for different goals.

Some of the workouts are free and some of them you can upgrade the app and get. There is only one “free” trainer available and her name is Kim. As a stingy person, I wanted to try this product before I spent the extra few dollars to upgrade. So “Kim” and I got to work.

The thing is… “Kim” is a robot. She’s not even as believable sounding as Siri. She sounds like a Sit and Spell from 1996. So when “Kim” is saying “let’s go” and “good work” and “you can do it” and “a positive attitude will help you get through this” as dry as an amateur computer voice program from the early 90s, I can’t help but laugh.

I tried to get through the workout. I really did. I tried to use my excellent imagination to pretend that “Kim” was an actual person, but every time I heard her speak in her completely non-emotional computer way, I keeled over and started cracking up.

I doubt I’ll upgrade the software. It’s a great idea, but I have interval apps available that would do the same trick if I know the routines and moves. It’s a little more work on my part, but at least I know I can get through it without laughing to myself in the corner like an idiot.

And if you go to my gym and saw me in the multipurpose room losing my breath from laughter…that’s what I was listening to. Now you know.

And now you know, too.