Boy if that title didn’t explain what you’ll be getting here, I don’t know what will.

Ye olde Femoir: The Podcast is up and back in action. If you’re not already caught up (or subscribed – wink wink, hint hint, nudge nudge) check it out on iTunes!

In this episode, I basically let you know you that I missed the crap out of creating this thing, so here’s what to expect from this upcoming “season.”

We talk about adding to the noise, figuring out that whatever you have to say is valid, GOAL-ing HARD, and how too many possibilities can lead us into doing nothing.

And I mention my dogs, of course. 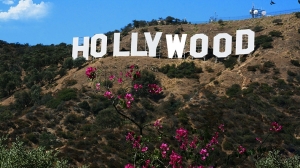 I wrote this article for Ms. in the Biz.

I’d say more about it, but I think it speaks for itself.

Forgive me in advance for the lack of details on this post. I want to convey the idea behind it without relaying every detail of my personal life. Believe it or not, I can actually be private about my personal life when I want to be (and I usually want to be).

But here’s what I’ve been thinking about lately. Just like that cheesy (but very true) saying “People come into your life for a reason, a season or a lifetime,” I think some creative projects can be the same way. Every project you do may or may not have a lasting result (if it’s ever even completed). But you can always learn something and improve as a result of doing it.

I did a project not long ago. I came up with an idea, called together a crew of people to help me make it a reality, invested a lot of time and money into its creation, and was pretty proud of the result.

Then some things happened. And it made me not want to do the project anymore, despite the fact that I had a bunch of things ready to show the world. I just didn’t have the heart to continue investing anymore time and energy into something that had so fundamentally changed in me. The (excellent) quality of the product remains the same. And that’s the hardest part to deal with. I really want to continue with it, but I just no longer believe in it. I don’t have it in me. I have to step away. I’ll be a healthier, happier person if I just let it go and open myself up to the next great thing rather than try and fix something that I know is broken and no longer serves me.

So don’t worry about the outcome, friends. Never stop creating. And don’t you ever stop believin’. 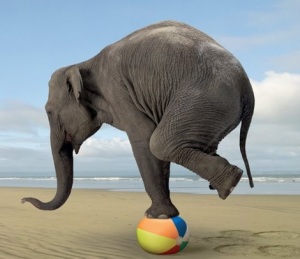 The biggest takeaway from this Femoir: The Podcast episode, friends, is that finding balance is a journey not a destination.

I mention my day job. I work at the most fun Law Office in existence. I’m a lucky lady.

I talk about working out. If you read this blog, you know that I do that a lot anyway.

I also mention counting calories. I’ve written about how much I hate it before. I still hate it.

I mention the “All In” previous Femoir podcast, too.

This Femoir: The Podcast episode was apparently sponsored by the letter P. 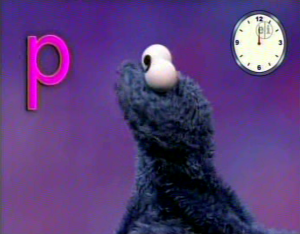 Listen and you’ll hear why.

I discuss how this was originally replaced by a more “raw” podcast because of some things I was going through at the time. That podcast episode was the “Emotions” episode. And the best part? I never published it. Probably for the best…

Here are the four basic Happiness Habits I discuss:

I talk about The Magic of Believing and a great Phyllis Diller interview related to it.

And I discuss my latest podcast Metaphysical Comedy.

I also mention the following: Getting “turnt up,” Pollyanna, Renaissance Faires, Tourgasm, Gary Gulman, Larry Bird and free throws, the song “Back At One,” how I play saxophone, and how I used to run a lot.

I had an epic day yesterday. I performed on The Groundlings stage in the early afternoon then a few hours later on the UCB stage. It was delightful.

A lot of time, energy, and effort went into both shows and I had a blast.

I also went without working out for two weeks because of the amount of time, energy, and effort that went into those shows.

I have to watch myself because I have a tendency to put too much on my plate. When I do that, I let the important me-things like exercise, meditation and journaling fall by the wayside.

Now that my big day yesterday is done (and was a ton of fun), it’s time to start reevaluating and re-grounding. I let myself sleep in but still worked out in my apartment as best I could for 20 minutes this morning. I’m gonna make sure I get in a quick meditation this afternoon. I’m gonna try and get some rest tonight so I can get up tomorrow and start getting back on track.

Of course there are lots of things I always have on the docket, but I gave myself a break to focus on getting through yesterday. Now that yesterday is done…break’s over. Back to work.

I was nominated for an award a couple weeks ago for a project I created. I mentioned to a close friend I was excited about possibly winning because I thought I stood a good chance. They said, in effort to lovingly protect my feelings, “Don’t get your hopes up. I don’t want you to be disappointed.”

And I had a visceral reaction of complete disagreement.

I don’t ever want to lose the ability to hope. Because if I don’t even have hope that I can accomplish something, I’m setting myself up for a life of despair.

Spoiler alert: I didn’t win the thing I was nominated for. And truth is, I wasn’t all that disappointed. The person who won did a spectacular job and I was glad to even be considered. The cash prize attached to winning would have been delightful, but maybe it’s making way for something bigger and better. Who knows!

You never know how these things pan out and I choose to believe they happen for a reason and the universe is always conspiring to create your greatest good. So I don’t know what every small decision will lead to. All I know is I have to trust my gut, do what I think is best, and choose to believe I can achieve something spectacular if I just keep going.

When I was living in Chicago, I got this pretty great audition for an awesome opportunity. I was already considering moving, but I told myself that if I got this really cool thing, I would stay in Chicago and ride this wave out. I didn’t get it. I was a little disappointed. But that set in motion my cross-country move to a city that thrills me, and to a life that I feel very excited and satisfied by that is setting me up for the career success I’ve always wanted.  A minor disappointment turned out to be a major gift in the grand scheme of things.

I’ve got some major stuff coming down the pipeline. On Sunday, I’ll be in show where I’ll be arbitrarily evaluated based on standards I’m not told by people I don’ t know who will decide an outcome I have no control over. Do I want them to like me? Of course I do. Am I hoping to do my best and to live up to their standards? Of course I am. I’m hopeful that I’ll have the outcome I want. I’m going to do everything I can to get that outcome. But if it doesn’t happen, I’ll be disappointed. But that’s ok. Because it’s proof that I cared in the first place.

I’d rather believe in myself and my abilities and look forward to the best possible outcome than to walk around always telling myself that I probably won’t get what I hope for.

I wrote this article that was published earlier last week for Ms. In the Biz.

The latest episode of Femoir: The Podcast is a longer one, friends, but since we’re talking about patience, I hope you take the time to listen to it and enjoy!

I talk about the three major improv and comedy theaters in Chicago:

I mention the stage version of my solo show, Femoir.

I also mention my wonderful pending web series, The Other Client List, again. I am very excited about it. It’s gonna be gooooooood.

And I also mention my crazy peg leg pirate upstairs neighbor (again) and the fact that SHE BANGS!

As always, you can subscribe to these for free on iTunes!

The latest episode of Femoir: The Podcast is all about STRESS, guys. Spoiler alert: It sucks. And serves you in no positive way. In fact, it’s really harmful!

I tell stories of my own stresses. I talk about Chicago. I mention meditation.

Not much to report otherwise! Let me know what you think, friends!

You can always subscribe and get all these episodes for free on iTunes!