For 114 days in a row, I meditated. At least a little every day. I use this app called Insight Timer (yes, I know there are a lot of options, but I like this one so I’ve stuck to it). I spend a little time every day reflecting. I vary between music, guided meditations, and straight up silence.

My previous record before this one was around 60. I over doubled it.

Then, on chaotic day, I forgot.

Okay, you’re reading this so I might as well be honest with you. I forgot about a week before that. But I remember that I forgot before my timer had realized I missed a day. I inserted a one minute meditation, justifying that I had actually been to yoga that day and we laid down in savasana, so I wasn’t explicitly untrue, even if it wasn’t true true. I didn’t want to lose my streak.

Then, just recently, it happened again. I remembered throughout the day I needed to take pause to keep my streak up, but I just forgot. I didn’t take it when I thought about it and the day got away from me too quickly.

I remembered very early the next morning. Technically, I could have meditated and probably been within the range to keep my streak up. But I remembered how I was already feeling like a bit of a cheat because I skipped one day and just added it in later. And I didn’t want to keep that feeling of inauthenticity up. And for what? This was a challenge I was only having with myself.

The truth was (and is) that I was scared to start over. 114 days in a row is a lot of days. Every day I was setting a new record for myself. I was proud of myself. And, if I admitted that I failed, I’d have to bite the bullet and admit that I needed to start over.

And, man, starting over is way harder than simply keeping momentum. You have to be humble and resilient. And you have to believe in yourself even when you’re redoing some of the things you’ve already done before. It’s simpler when it comes to a little meditation app. But it’s not as simple when it comes to major changes in your life. But the principle is the same.

So I made the choice to not sneak in that meditation so I could keep my streak alive. I opted to simply let the streak go, admit it had gotten away from me, and start over.

It happens to be the very beginnings of the spring season, too. At least in Los Angeles, we’re starting to feel it become slightly warmer and less rainy (it’s been so rainy around here) than it has for a while. There’s a new little hope in the air. So I’m going to use that momentum and remind myself it’s okay to start over.

In fact, it’s as important to learn the skill of starting over as it is the skill of keeping the momentum going. So really, this is an opportunity I gave to myself. I get to go all Christian Bale’s “Batman” on this particular goal and say to myself “Why do we fall, Bruce? So we can learn to get back up.”

Bruce : I wanted to save Gotham , I failed. Alfred : Why do we fall sir? – So that we can LEARN to pick ourselves up. #batmanbegins#whydowefall #christophernolan #michealcane #christianbale 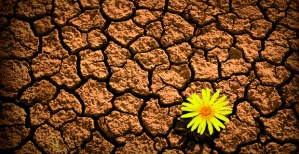 We’re back with another Femoir: The Podcast episode- can you believe it friends? All this time! And we’re back! And it feels sooooooo good.

In this episode, I talk about Steven Pressfield and three of his most significant books (at least for me):